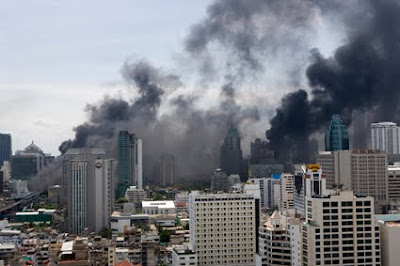 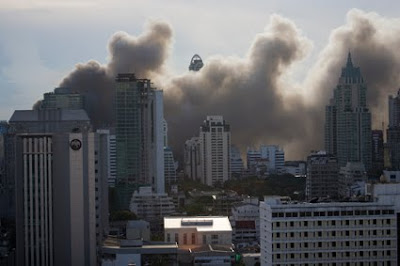 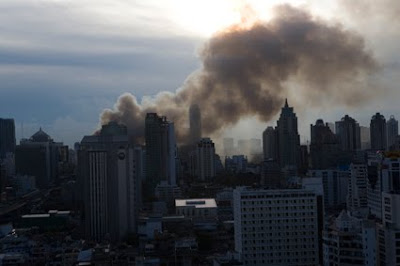 Towards the end of the afternoon

Looking out from my little balcony towards the west this afternoon a curtain of ominous smoke had been drawn, obscuring the high rises that usually puncture the sky from my view. The final crackdown on the red shirt protesters main stage had taken place.
Tonight there is a curfew. For me there is no difference from yesterday or the day before that or indeed for much of the last 2 weeks as the cast on my right leg has prevented me from going out and photograph the tragedy unfolding.
Running is a skill I have temporarily forfeited. Maybe it was meant to be. People have been shot and killed, photographers no exception.
Now the curtain of the night has fallen over the stage that is Bangkok.
It doesn’t mean the play is over.