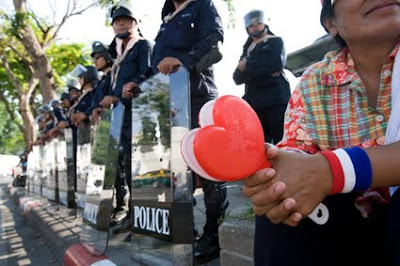 I have been seeing red this weekend. A lot of red. Supporters of ousted Thai Prime Minister Thaksin Shinawatra have descended on Bangkok in an attempt to force the current government into calling for fresh elections.
Chances of that happening though are slim indeed and guaranteed to make me see yellow as that is the color favored by the current governing party whose supporters are not opposed to throwing their own street party if deemed necessary.
Those who favor neither side in the meantime have chosen to wear pink.

The reds are being paid to demonstrate or so the yellows say. It gets confusing. We’re all getting paid here. Some get paid to shout, others get paid to keep quiet. You can call it bribes in the first instance and salary in the second. Bangkok is affluent, consumer driven; the latest gadgets have a way of silencing people. So one way or the other there are masters that control us to say or not say what they want or not want.

The Bangkok sun today was shining merciless yellow and hot. I got burned while taking photos and now my arms and face are turning red. Temporarily I hope. 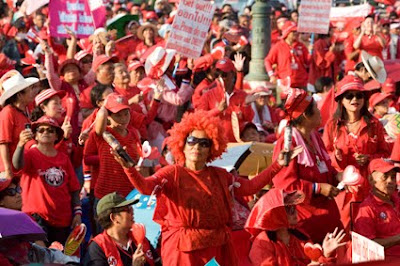 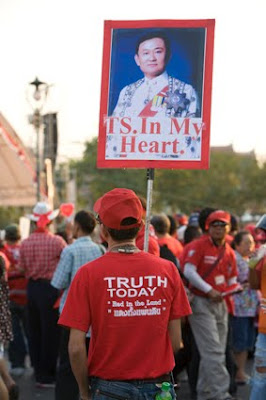 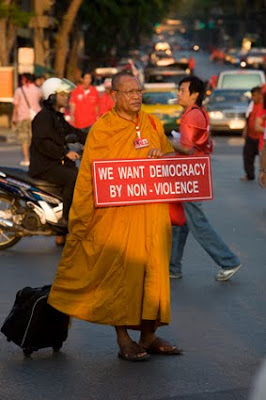